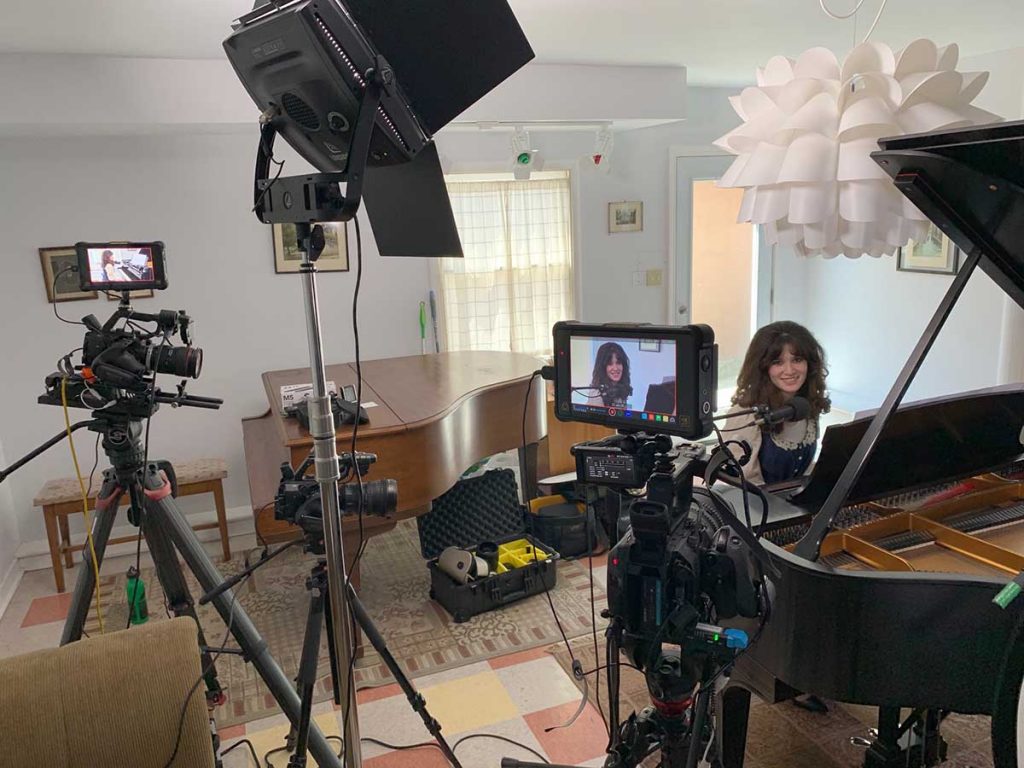 This month I had the opportunity to film and record seventeen year old Carolyn Engargiola who was performing songs from the Great Depression era.

Carolyn has a beautiful angelic voice and is a student at the San Francisco Conservatory of Music. Due to the coronavirus, her certificate voice recital had to be filmed and live streamed to SFCM. I was asked to record her performance in her home studio.

I used three professional Sony cameras (FS5mkii), one close, one side angle and a third on her hands playing her majestic Steinway grand piano. I used an array of Sennheiser mics; two shotguns for ambient sound, and two mics on voice and piano which were on isolated channels for individual control. Carolyn has a powerful soprano range which has its dynamic challenges. I had to pay special attention to soft and loud sections, so that audio clipping would not occur.

Carolyn’s performance was filmed, then live streamed the next day to YouTube. Although technically this was not a ‘live’ performance, we still live streamed the recorded video at the reported live time. The live stream was then monitored by faculty and friends for evaluation. Chat was enabled with encouraging messages along the way. 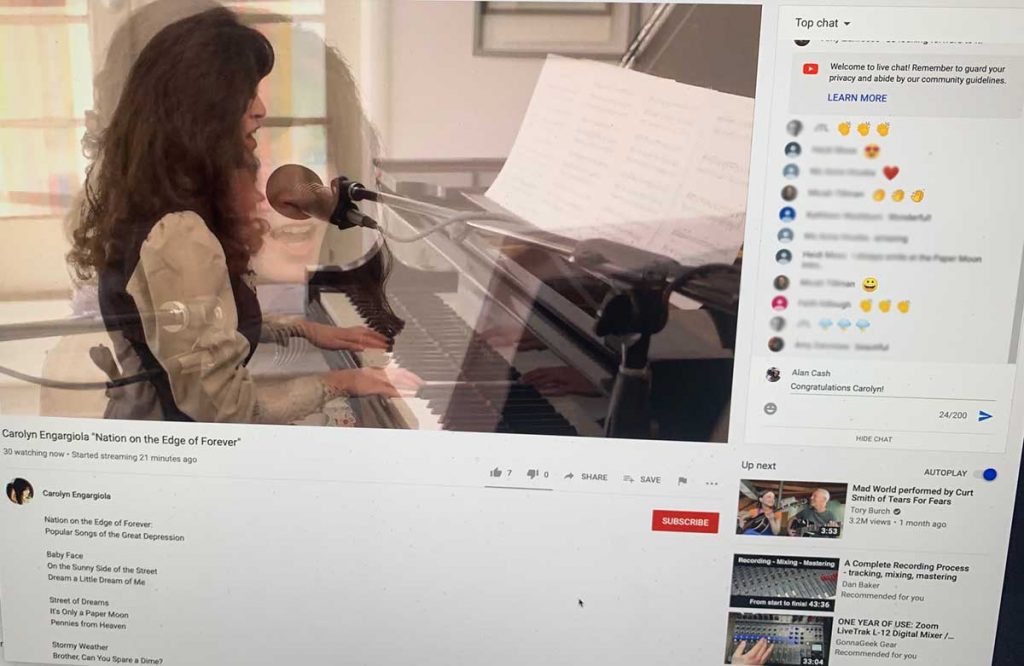 Carolyn sung these nostalgic songs beautifully. It was as if she was channelling music from that time period. It seemed like an effortless performance, but I can well imagine she has put many hours into her craft.