An Evening with Deepak Chopra and Marianne Williamson 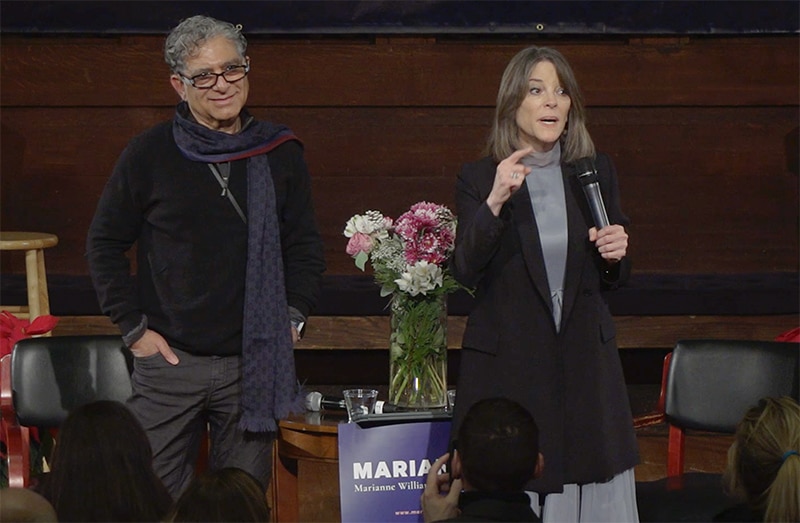 This was my fourth Live Stream shoot for the Marianne 2020 US Presidential Campaign.

This shoot meant traveling with all my gear to New York City! Let me tell you, that is a lot of equipment to schlepp. My wife, Leia, assisted me on the shoot, and we set out a plan of action.

The shoot was Live Streamed for an audience who paid to see the event from the comfort of their homes. This was also a fundraiser event with high priced seats.

Weeks prior, campaign emails billed the event as a ‘historic livestream’ so I really had to be on my game. A lot of people signed up for this and it had to be spectacular!