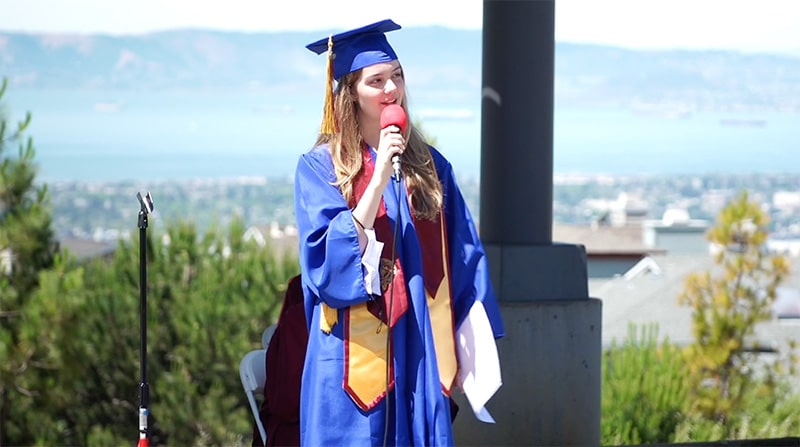 The Principal of COVAH (Conservatory of Vocal and Instrumental Arts) called to see if I was available to live stream their School Graduation at very short notice. Luckily I was. COVAH is located in the Merritt College Campus in Oakland.

The day before the shoot, I met up with Dr. Valerie Abad the school Principal. I carried out the site survey and checked connectivity for live streaming. The graduation would take place in the car parking lot, 400ft from a power source and internet connection. The car park would fill with students and parents, which meant that I had to elevate the power and ethernet cables over sections where cars would drive. 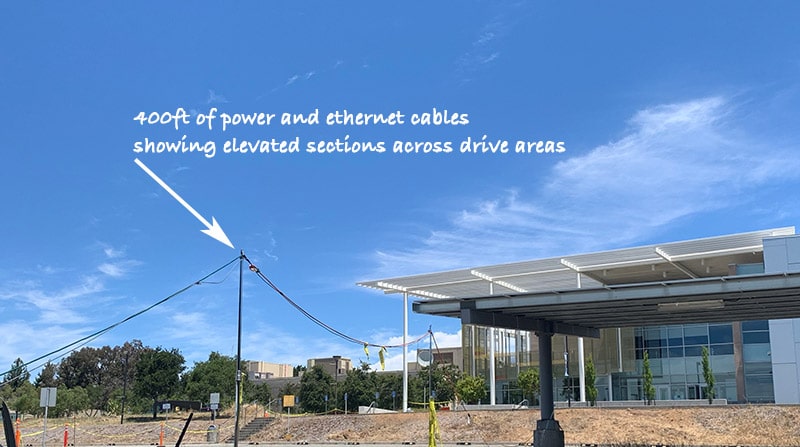 Preparing for the live stream

The actual layout had its complexity. During my site survey and test, two trucks suddenly appeared, out the blue, and drove over my power and ethernet cables. I was frustrated as you can imagine, but luckily the cables were intact. A credit to buying high quality cables.

For all this to seamlessly work, I knew I would have to arrive early on the day of the shoot. It would take at least three hours to set up. The work would involve laying down and elevating sections of cables and setting up two cameras. The graduation would be live streamed to YouTube and I would be doing this solo.

I arrived at 8am on the day of the shoot (June 11th). Unfortunately the gate was locked with no access into the car park. Damn! Live streaming with this amount of setup is always a challenge and can be stressful. The event started at 11am sharp and at 9:00am someone with a key showed up and gave me access. I raced to the car park location with only two hours to make everything work. Jeff, the facility manager then arrived and helped me lay cable.

I set up the two Sony cameras and started the live stream test. To my shock, one of my beautiful Sony FS5mkII cameras would not work. Technology often surprises you when you least expect it. I knew I could stream with one camera if worst came to worst, but the contract stated two. Luckily, my home is only three miles away and I called my wife who very obligingly brought over a spare Sony FS5. I’m one lucky guy to have a wife like Leia! 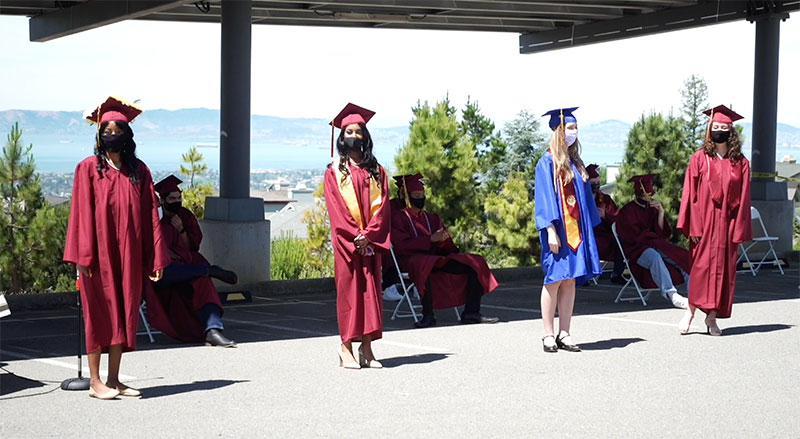 With the cameras all working, I connected my wireless audio transmitter to a very small music amp which doubled as the school PA system. The sound output was not great quality, but there was no alternative. Next, I connected to YouTube and everything was ready to live stream. The event started shortly after and everything worked flawlessly!

I started streaming exactly at 11am and here is the result.

Alan Cash Video’s Oakland video production service specializes in live streaming your important life events. Even during the time of COVID, we will find a way to film using the CDC guidelines. For more information please contact ACV 510 590 8532.